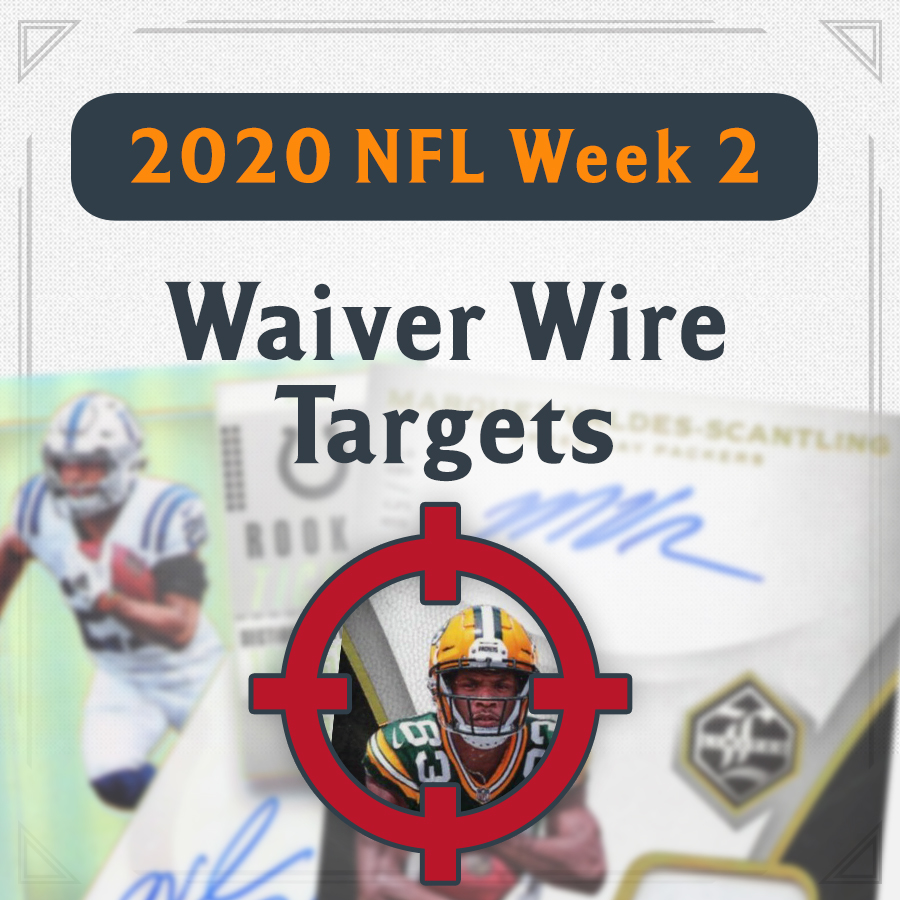 With RB Marlon Mack likely done for the season due to a torn Achilles, Hines should be the main benefactor. Mack was on his way to having a nice fantasy day for the owners who believed in him (yours truly included), but once he went down with the injury, Hines made the most of his opportunity. Rookie RB Jonathan Taylor will still have a role as the early down back, but with QB Philip Rivers’ propensity to check down to his RBs, Hines has a great chance to lead the team in touches the rest of the way. I just blew my who $100 FAAB money on him in a league with the hopes that we just found the 2020 version of Austin Ekeler

The talk all off season was about shiny new toy Cam Akers and lightly used toy Darrell Henderson, but it was Malcolm Brown who led the Rams backfield in the Sunday Night Football upset over the Dallas Cowboys. Brown ran hard and finished with 18 carries for 79 yards and 2 TDs, along with 3 catches for 31 yards. If Brown keeps on producing, there is no reason why he can’t be a volume based RB2 with TD upside each week

Anderson came over from the New York Jets and looks like he could be the latest in a long line of players who suddenly get better once they get away from Adam Gase. Reunited with his former college coach Matt Rhule, Anderson balled out in his first game as a Panther, finishing with 6 catches for 115 yards and a TD on 8 targets. One of those catches turned into a 75 yard TD, so there are some boom/bust concerns with him, but Rhule’s offense should be uptempo and the chance for WR1 production is there every week.

While there is a good chance that Campbell will never put up huge numbers, it looks like he could have the safest floor out of the free agents available. The closest thing to Philip Rivers’ old Chargers teammate and favorite target Keenan Allen, Campbell enjoyed his best game as a pro in the 2020 debut with 6 catches for 71 yards on 9 targets. He is a safe WR3/FLEX in PPR leagues. Oh ya, and we have a couple nice Impeccable Elegance Helmet Patch autos of his available HERE

I didn’t get a chance to watch much of the Falcons game, so you can imagine my surprise when I read the box score and saw that Gage was tied with both Julio Jones and Calvin Ridley with 12 targets apiece. He turned those 12 targets into 9 catches for 114 yards in a Falcons-Seahawks game that featured a TON of offense. Still 3rd fiddle in the receiving corps, Gage likely won’t put up numbers like this each week, but he’s a great add in case he ends up smashing every now and again.

I was high on MVS last season and made a few investments in him. How did he reward me? Well, he put up a huge dud of a season and I sold his stuff for pennies on the dollar. Now we enter 2020 and he has proven those wrong (me) who said the Packers should have drafted a WR and he’s shut me up…for now. It’s only Week 1, but he put himself back on the fantasy football radar.

How does he keep doing it? AP has been with the Lions for about a week now and still comes in and puts up over 100 yards from scrimmage. There will be weeks where he struggles, but he’s a great option to pick up and stash, as he has basically made Kerryon Johnson worthless and has jumped over rookie D’Andre Swift in the pecking order for touches for the foreseeable future.

Another guy who may have shut people up is Mitchell Trubisky. The numbers look better than the actual performance (20/36 242 yards 3 TDs and 26 rushing yards…but it was ugly at times), but when you play fantasy football all you care about is the end result. And if you are a Bears fan, getting the W against the rival Lions is always nice. I’m not saying you should blow your FAAB on Mitch, but if you need a QB2, you can stash him at the end of your bench.

Watkins would be higher on this list if he was rostered in less leagues, but since he’s only available in about half of them, he gets bumped down a bit. Either way, Sammy was the best receiver on the field in Thursday’s opener, but another hit to his value is we have seen this before. There may be a ton of fantasy owners who plug Sammy into their starting lineup in Week 2 and get burned if/when he gets hurt or disappears again. He’s an upside play being the #3 target in the league’s best offense, so he’s at least worth a spot on your bench.

I know Rob Gronkowski is in Tampa now, but if I gathered anything from that game, it’s not that Tom Brady is washed up. Nope. Gronk is the one who is washed up. I called this earlier during camp when some video came out of him running a route slower than me freshman year of high school (and remembering how painful it was to watch him in 2019 with the Patriots), and sadly is showed up again Sunday. Brady will be better, but I don’t know that Gronk will. OJ is the TE to own in TB.

Is this the year the former 5th overall pick and #1 dynasty pick from 2017 (oof) finally breaks out? Week 1 looked good as Davis finished with 7 catches for 101 yards on 8 targets. Let’s see if he can stay healthy and add another dimension to the Titans passing attack.

Snell had some hype coming into the season as he won the RB2 job in Pittsburgh, but we didn’t expect to see him get run Week 1. After James Conner went down with an ankle injury, the slimmed down Snell made the most of his opportunity and picked up 113 yards on the ground. If Conner is forced to miss any time, Snell can be considered an RB2 with RB1 upside.

Hopefully your 2020 fantasy football season got off to a great start. If it didn’t, pick up these guys and let’s turn that season around! Check out more fantasy football content over at www.cardsczar.com and pick up a couple cards of your favorite players from your fantasy teams while you’re at it!